Safety ventilation is here defined as the interaction between air movements and the dispersion of contaminants in industrial environments and the control of these environments, both regarding human safety and product safety/cleanliness.

Studies of applied safety ventilation have been performed in several environments, such as, laboratories, hospitals and clean rooms in pharmaceutical industries. 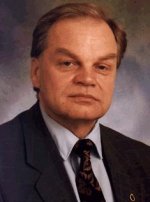 Dr. B. Ljungqvist received his Ph.D. in 1978 and was, between 1986 and 2011, Professor of Safety Ventilation at Kungl Tekniska Högskolan (KTH), Stockholm and is since 2011 Professor Emeritus at KTH. In 1993 he was appointed Visiting Professor in the Department of Environmental Sciences and Engineering at the University of North Carolina at Chapel Hill, USA. He was in 2012 appointed Affiliate Professor at Chalmers University of Technology in Göteborg.

He is past Chairman of the Nordic Association of Contamination Control (R3-Nordic) and since 2007 honorary member in R3-Nordic. He was by PDA in 2006 appointed "Outstanding PDA Scientist in Contamination Control and in 2008 awarded PDA Honorary Membership. In 2011 he received from PHSS the George Sykes Annual Award for best paper in the European Journal of Parenteral & Pharmaceutical Sciences. He is also active in the ISO TC 209 standardization work.

Dr. B. Reinmüller received her Ph.D. in 2001. She has spent 30 years in the pharmaceutical manufacturing field specializing in the areas of contamination control and environmental monitoring. She is representing Sweden in the ISO/TC 209 "Cleanrooms and associated controlled environments and active in both WG1 and WG2.

She is since 2007 honorary member in R3-Nordic. She was by PDA in 2006 appointed "Outstanding PDA Scientist in Contamination Control and in 2008 awarded PDA Honorary Membership. In 2010 she was appointed Docent ("Assoc. Professor) at Chalmers University of Technology in Göteborg. In 2011 she received from PHSS the George Sykes Annual Award for best paper in the European Journal of Parenteral & Pharmaceutical Sciences. 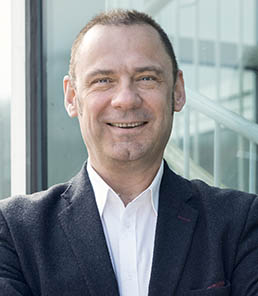 Lars Ekberg is an adjunct professor in indoor climate technology at the division of building services engineering. He also works as a consultant at one of the subsidiaries of Chalmers Industriteknik, CIT Energy Management AB.

Lars research is focused on the chain of issues from human needs and wishes, via formulation of requirements to the design, construction and management of healthy, comfortable and energy-efficient buildings. His work spans over a wide spectrum, with residential buildings on one end, and advanced laboratories with very stringent requirements on the other.

Some examples of Lars assignments as a specialist are

- 2019-2020: Author of knowledge base regarding parameters and methods for evaluation of thermal indoor climate, Public Health Agency of Sweden.

- 2019: Development of guidelines for procurement considering the quality of the indoor climate, The National Agency for Public Procurement.